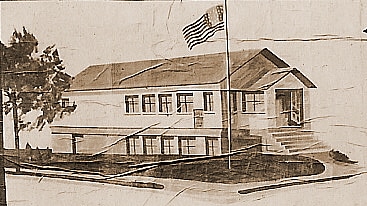 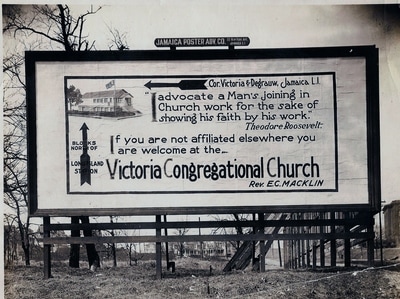 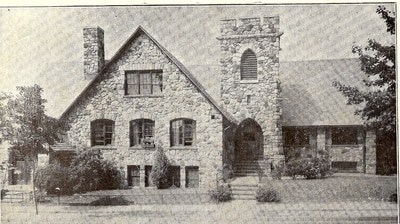 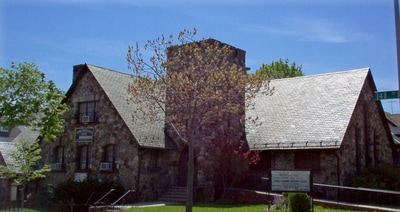 Victoria Congregational Church
Victoria Congregational Church is one of the most culturally and ethnically diverse United Churches of Christ in the New York Metropolitan Association of the New York Conference of the United Church of Christ. Her members include persons from Colombia, China, Ecuador, England, Finland, Guyana, Germany, Haiti, India, Italy, Jamaica, Korea, Lithuania, Mexico, Pakistan, Panama, the Philippines, Poland, Puerto Rico, Russia, St Croix, Scotland, Sweden, and Trinidad along with persons of African American descent and a host of other diverse backgrounds. We truly mean, “No matter who you are or where you are on life’s journey, you are welcome here.”

The Beginnings
January 16, 1916 Victoria Congregational Sunday School formed and on June 17, 1917 a vote was taken among the Sunday School and 45 people became charter members of Victoria Congregational Church. Rev. Egbert C. Macklin, a graduate of Union Theological Seminary, served as the first pastor from 1917 until 1984. The current church structure, Victorian Gothic Revival architecture designed by architect Frederick J. Kuchler, was built in 1922 on the corner of Victoria Street and DeGraw Avenue, Jamaica, Long Island, New York and dedicated on March 18, 1923.

The Transitions
Through the Great Depression and World War II Victoria Congregational Church grew and remained strong.  At this time the street names changed to 148th Street and 87th Avenue along with the address to Briarwood, Queens, New York. In the 1940’s the community surrounding the church changed, many conflicts arose and there was a substantial movement to Garden City, the Hempsteads, Manhasset, and other points east.  Victoria reflected inwardly and began to witness anew to the community. Rev. Dr. Wesley P. Nelson served as pastor from 1984 until 1980. Rev. Nelson engaged Victoria in health and hospital services, family court, and developed the Adult Center while working with community councils, church federations and other
institutions.

Rev. Allen Mac Lean served as pastor from 1983 until 1998.  Rev. Mac Lean brought new skills for urban ministry.  Through his leadership the church continued in their current ministries and branched out into a multicultural church while working with the Refugee and
Resettlement agency of the United Church of Christ, offering support to those in desperate need whether from Bosnia, Cuba, Pakistan or elsewhere.

Rev. Daniel J. Maiden served as part-time Senior Pastor from 2000-2005.  Rev. Maiden helped bridge the gap into the 21st Century by updating the Constitution and Bylaws, leading the church to become an Open and Affirming congregation of the United Church of Christ and lead Victoria in the UCC national campaign of “God Is Still Speaking.”

Rev. Henry Veal, Jr., a member of St. Albans Congregational Church (United Church of Christ), came to Victoria as a seminarian by way of Rev. Allen MacLean.  On March 23, 2002 Rev. Veal became an ordained minister in the United Church of Christ and began serving in the official capacity as part-time Associate Minister and continued his ministry until his passing in August of 2011.

The Present
Rev. Mark E. Marsh began as Music Minister in December 2002 and then served as Acting Senior Minister upon the resignation of Rev. Maiden in April of 2005.  Victoria decided to return to a full-time Senior Minister in 2006 to best continue ministry within the community and called Rev. Marsh full-time in October of 2006. Rev. Marsh engaged the congregation in the New Sanctuary Movement through the New York Coalition and acted as fiscal sponsor from 2008 to 2015. Since December 2014 through the present the congregation serves a hot meal on alternate Sunday Evening to those in need within the Briarwood Community.